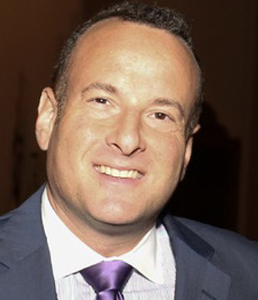 Rabbi Matthew Reimer grew up just down the road in West Orange. Strongly immersed in Jewish education and activities throughout his life, Rabbi Reimer was ordained in 2007 by Hebrew Union College-Jewish Institute of Religion. Most recently, he served as the part-time rabbi of Congregation Beth David in San Luis Obispo, CA. Before that he served as the first ever Rabbi and Director of Community Engagement for JCC Brooklyn. Previously, he was Senior Rabbi of Temple Sinai, in New Orleans, the oldest and largest Reform congregation in Louisiana.

Prior to that, Rabbi Reimer served as the Rabbi for The Shul of New York, an unaffiliated synagogue in New York City, which focused on spirituality and music and the Interim Rabbi for Port Jewish Center in Port Washington, Long Island, where he helped the synagogue transition from one long time rabbi to their current, settled rabbi. Prior to that, he was the Assistant and then Associate Rabbi at Temple B’nai Jeshurun in Short Hills, New Jersey, the oldest Reform and largest synagogue in the state, from 2008 through 2013.

Much of Rabbi Reimer’s outreach has focused on his work with the 20s & 30s and young family communities. Building and cultivating these two very important cohorts has been an integral part of his rabbinic work, and he continues to focus much time and energy on future generations.

As an undergraduate at Vassar College, he majored in music. Upon graduation, he spent a year in Israel, studying at Hebrew University, working at the Jerusalem Symphony, singing in a professional choir, playing flag football for the Israeli National team and traveling throughout the country.

Before entering rabbinical school, Rabbi Reimer worked for the New York Philharmonic and a major New York law firm as a Case Manager in their litigation department.

Rabbi Reimer is a member of the Israeli National Flag Football Team, an avid tennis player and an outdoor enthusiast. He listens to his music on “shuffle”, and at any time can hear tracks from the Grateful Dead, Beethoven, Phish, Bob Marley, A Tribe Called Quest, Sam Cooke, Eva Cassidy, Stravinsky and much more. 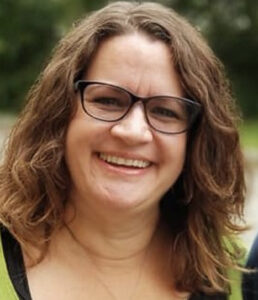 Heather Schweizer joined the Temple Beth Am family in 2005. Since then she has been an integral part of our Religious School and in the lives of our Temple youth, having served as BATY (Beth Am Temple Youth) Advisor and Education Director, and teaching nearly every grade and subject over the course of her years here.

Heather’s love of Judaism is evident in the crafts, stories and lessons she shares with her students. Two of her favorite activities are Israeli Spa Day and recreating the story of Noah’s Ark with her younger students.

Heather and her husband Mike live in Rockaway and have three children, Alex, Jason and Tyler. All three of their boys became a Bar Mitzvah at Temple Beth Am. They are an interfaith family.

In her spare time, Heather enjoys camping with her family, and has recently learned how to play tennis. 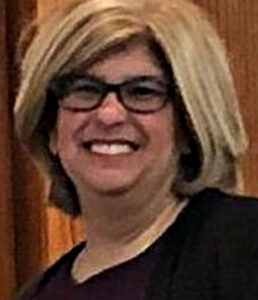 Debbie Lesser joined Temple Beth Am in July of 2014, as the Temple Administrator. Debbie’s position was created to bring her unique knowledge of congregational life and business acumen to Beth Am. Her responsibilities include working with the clergy and President of the congregation to ensure all facets of congregational life, community and the building are working in concert to meet the needs of our Kehillah Kedoshah. She has a background in social work, coming from Jewish Family Service of Metrowest. She lives in Rockaway with her husband Steve and their children, Jayden and Aaron.

Yuri is a composer, choral conductor and pianist for Temple Beth Am. After extensive training in his former home of St. Petersburg, Russia in St. Petersburg Conservatory, he has toured as Choir Master for Eterna Muziko Choral Ensemble, performing over 500 concerts in the former Soviet Union, Europe and the United States. He has played his piano works in the 2006 Summer Festival in Lisbon, on Portuguese radio and BWAC UnPlugged Music Series in Brooklyn. Yuri played at the Shalshelet International Festival in Miami (2013), as part of “Aurora” Trio, North American Jewish Choral Festival (during workshop program, 2013). In 2014 Yuri’s music was performed in Washington Jewish Music Festival. In 2013 he received a commission for three liturgical compositions for the Park Avenue Synagogue, and played his compositions as part the the “Aurora” Trio in the International Music Festival in Amsterdam in 2014.